Follow a developer's journey from New York to Barcelona! 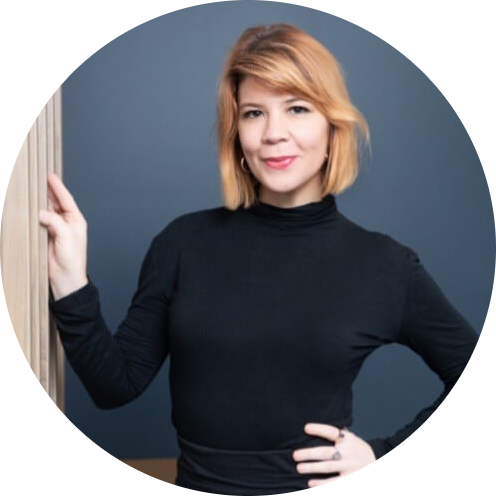 ‘I love how developers think that a website or an app can change the world. It’s sometimes silly… and sometimes true’ - Berta Devant

Why is Barcelona a Developer’s Dream

An ever-growing tech scene, talented developers for friends, great people to talk to after you’ve been on a coding binge, and a focus on developer happiness, taking the time to enjoy life. If you like the sun, enjoy being outside, and want to position yourself in a thriving developer community, Barcelona could be the place for you. Want to find out more?

Before she was an app developer at TravelPerk and Director at Women Who Code Barcelona, iOS developer Berta Devant was studying photography at the School of Visual Arts in New York and fell into basic code (HTML, CSS, etc) through her ‘real world’ training. ‘I realised I was pretty good at it(coding),’ Berta shrugs, grinning.

‘I built my own website from what I called Frankenstein code because everything was copy-paste from stack overflow,’ she laughs.

After six years in New York, Berta found herself back in Barcelona as a developer ‘jack of all trades’, until she decided to become more specialised.  She has been working in iOS for over four years now.

'You never start from zero'

'I always had this idea that you choose a path and stay on it. But obviously, I didn’t!' Berta laughs.

Living and working in Barcelona, where Berta was born and raised, her journey back home has been an unconventional one. ‘I went to NY as a photographer and came back to Barcelona (as) a full-fledged developer. It was a crazy journey,’ she says.

Feeling welcome in New York’s coding communities, Berta realised that fashion photography didn’t feel authentic to her. So, she went back to university to complete 4 years in computer systems with a minor in computer science.

Long before photography, Berta thought she would become an architect, like her mother, she even worked with her as a teenager. She said that working at her mum’s architecture studio, and learning how important foundations are, has helped her enormously with her code.

‘I learned the basics of code even before I knew what code was, even before there was the first iPhone!’

Dismissing the sunk-cost fallacy that keeps people in jobs they hate for years, Berta claims that ‘you never start from zero.’

‘Everything you do teaches you something, even me working as my mum’s assistant in architecture at 15!’

‘Without realising, the city sucked me in.’

What might surprise most people, however, is the strength of the developer community. ‘We say there are 12 degrees of connection in Barcelona in code,’ she laughs. ‘You end up having a sense of community here.’

A fan of networking and meetups with those similar to her industry, Berta was a part of Women Who Code and Girls Who Code in New York. ‘It helped me to create friendships, make connections and build insight into the industry, people you can talk to who really understand you,’ she says about the importance of networking.

With these communities helping her to feel like she belongs,  she admits she didn’t have the network or support upon returning to her hometown.

‘I was on my own, and people who didn’t know me helped me to learn and gave me advice about code.’

‘That’s why I created a space WWCode Barcelona (Women Who Code Barcelona), where people can get to know each other and meet up every month,’ she says.  ‘It’s given me a sense that I belong here.’

‘Even though I love coding and spending time coding alone, just me and my computer... there is a moment you can get too much into your own head. You need to get another opinion. You should remind yourself of what it feels to be in front of another human being, to build connections.’

That's, according to Berta, when you need to go out and have real conversations with people.

‘If you ask anyone here, hey, you want to grab a drink? The answer’s gonna be yes!’

Barcelona is a soaring city of opportunity, with money to be made, international business opportunities available,  companies actively recruiting, and a thriving ecosystem. It’s a perfect environment, Berta says, for working and making a name for yourself.

But at the same time, ‘Barcelona is about taking the time to enjoy life, finishing work at 5 pm on a Friday and having a beer on a terrace with a friend.’

As a developer, Berta can’t recommend Barcelona more. ‘I really do think it's an amazing city, not just because I’m from here,’ she says. ‘Moving cities can be really scary, especially with a language and culture different to your own- but honestly, it's one of the best things I’ve ever done in my life.’

Up next for Berta is inspiring others to get into tech. ‘I would like to be in a position to actually create opportunities for people,’ she says. ‘When you give people the tools to build what they want, amazing things can happen.’

Watch Honeypot's DevCities episode, A Day with a Barcelona Developer, and get that warm, fuzzy feeling that makes you wanna move.

The New Berlin: Why are Developers Moving to Barcelona

The Best Coworking Spaces and Cafés in Barcelona to Code