bring it up to here

An elegant way to resolve conflicts on the team by using the care amount system: a simple communication strategy. 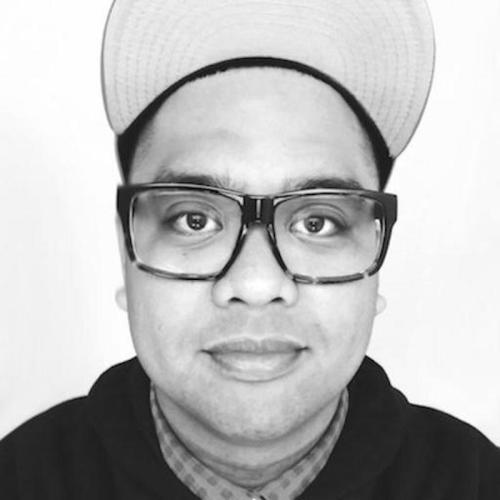 Years ago I worked on a small, distributed team that was split between two locations. The designers and frontend developers were based out of Austin, Texas, and our engineering team, along with the project stakeholders, were located in Raleigh, North Carolina. It was a smaller group of about 10 members, but we were collectively inspired to make a positive impact on our company.

At the time, our mission was to enable product teams worldwide as they looked to adopt modern toolchains and best practices for their day to day work. This was no small task. This meant we were responsible for curating best-in-class tools like GitHub, Mural, and Slack, then, scaling their availability to employees around the globe.

For a frontend developer who had less than five years of experience in the industry, this was a very complex domain.

In one particular planning meeting, we were on a conference call with our engineering team,  discussing the complicated scenario of off-boarding. In other words, when a person leaves the company, how do we automatically deactivate their accounts for all the various tools and platforms that we set them up with?

Since we were the team introducing these tools to everyone, it only made sense that we also owned the responsibility of handling the offboarding for when an employee left.

For smaller organisations, this might not be a problem. You might have an IT vendor or an internal employee with super admin rights, and these individuals take care of access provisioning. However, for a global company with hundreds of thousands of employees, the company directory can fluctuate by pretty large numbers on a daily basis.

“We’ll most likely have to switch our backend to microservices”, Ron proposed. “What, you really think so?”, Mark asked. “I do… it’s only gonna get worse. My caramel is at eight or nine”, said Ron. “Yeah, my caramel’s not that high… that’s fine”, Mark conceded. Wait… what’s your caramel? What is that? I looked over at a teammate who was already looking my way, also confused.  “Um, hold on”, she laughed, “...did Ron say what’s your caramel?” “Oh sorry,” he said, “... I said that my care amount was eight or nine.” “Haha okay… please explain what’s a ‘care amount’”, she said.

Mark explained it to the team.

“It’s something I got from Cap Watkins, only with no curse words. We’ve been using here in Raleigh. The care amount is just a way for us to see how much someone cares about something—it helps us resolve arguments.”

Essentially, it worked with the following guidelines:

We liked it! Not only was it fun to say, “What’s your care amount?”, but it also made sense because it allowed us to communicate more clearly.

I was in the final rounds of interviews for a team that I was super interested in working with. In one of the sessions, they asked me the classic behavioural question:

“What is your approach to conflict resolution… or how do you resolve team conflicts?” Perfect, I thought. “Well, we like to use the care amount system”, I said. “Did you just say caramel system?”, he laughed. “I know, it sounds like caramel… but it’s called the care amount”, I articulated. I illustrated how the system worked and explained some of the benefits I’ve seen on previous teams. He grabbed a nearby Post-it pad and wrote the words down on a sticky note: care amount. “I like that idea”, he said, “...we’re gonna try that!”.

Fortunately, I did well in the interviews and I landed that role. When I officially joined the team two weeks later, I learned that they had already started using the care amount system.

This is the third team that I’ve been on that uses the care amount system. Today, my team uses it so often that it’s become second nature. It’s allowed us to get through disagreements and move forward without stalling over opposing opinions. In my observations, I’ve seen this system work well in the following scenarios:

Whether you’re deciding on code architecture, where to have team lunch, or how to decorate your office space for the holidays, the care amount can help your team safely disagree. When done correctly, you’ll find that you’re able to keep conversations moving in the right direction, and ultimately, arrive at decisions faster.

Bring this to your team

Consider the different ways you and your team approach conflict resolution. What communication patterns do you use to handle disputes? How do you safely disagree and move on with a decision?

The next time you find yourself in a dispute with someone,  ask the other person: what’s your care amount?

After they mistakenly hear the word caramel, politely present the idea of the care amount system and see how it helps settle your differences. Based on the success that I’ve witnessed on my teams that use it, I can confidently predict that it’ll help you move towards a decision with little to no friction at all.

Note: please know that the views and opinions shared in this story are my own and do not reflect or represent my employer.