It's an easy trap to fall into. 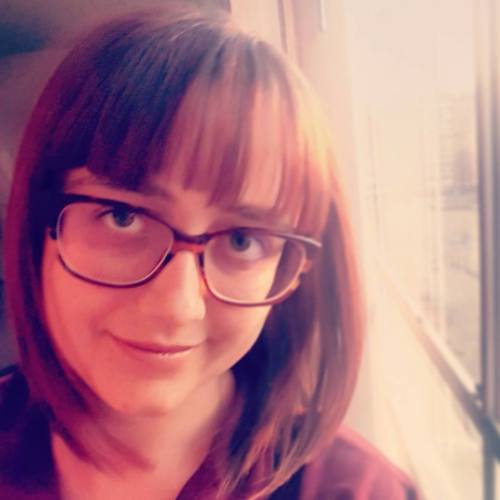 Sometimes I feel like trash. I feel like trash when I’ve started a new job using a different technology stack than what I’ve used in the past. I’m struggling to complete my tickets, and I have to constantly ask for help every day. Yes, all the articles online tell me that I shouldn’t feel this way and my peers say this is just part of the process. The rational part of my brain tells me this makes sense, and it is objectively true. But the emotional part of me rebels. The emotional part of me feels like a failure. All my self-esteem goes flying out the window.

Self care can mean a lot of different things to different people, but in my mind it is about noticing that you are suffering and doing something about it, rather than ignoring the pain and carrying on as usual. It’s about doing nice things for ourselves even when we feel like crap - even when there are negative thoughts in our brains telling us we don’t deserve it.

The unfortunate thing about being a software engineer is that often the traits that make us good at programming can also sabotage us when we need to take care of ourselves. Let me start with an example from my own life. My upbringing with hard-working immigrant parents who both have PhDs in Physics was great for instilling in me a strong work ethic and drive to get a good job. My parents’ persistence in the face of adversity helped me to keep going when I was on a mission to break into the tech industry despite not having a Computer Science degree.

What my upbringing didn’t teach me so well was that sometimes we need to take a break and let ourselves rest; that being a workaholic can have damaging consequences over time. It was like showing me where the gas pedal was without showing me the brakes. As a result, it took a few crashes before I finally figured out where the brakes were.

Why don’t we take the time to be kind to ourselves?

High paying jobs require drive and ambition to obtain, and these are traits that employers have reason to encourage, especially in the United States. What makes matters worse is when software engineers tell themselves they cannot stop working hard or take breaks because it will put their jobs at risk. When one software developer works exceptionally hard, it puts pressure on the other developers to match their pace because they fear they are being compared to that person. This can quickly seep into the culture of the entire organization until all the developers are looking over their shoulder.

Naturally, imposter syndrome doesn’t help the situation. Although it doesn’t torment me as badly as it did when I first entered the field, I still often feel like I’m not working hard enough and that one day someone is going to call me out and tell me that I’m fired. After nearly five years in the field, it’s a pretty ridiculous notion, but it’s there anyway. It’s hard not to look over my shoulder and be a little paranoid, but I am working on letting my guard down.

How I’m getting better at self-care

Obviously I am far from a perfect example of a self-caring, self-loving individual, but there are a couple things that have helped me feel better so far.

The first thing I’ve done is create a morning routine. When I look good, I feel good, so I am forcing myself to get up a little earlier and spend more time on my appearance. Even though my job is super casual and I could show up pretty sloppy without repercussions, I’ve been choosing to spend more time on my morning routine so I feel good when I look in the mirror. It also helps with confidence because if I know I look good I will feel more comfortable speaking up.

Another thing that has helped me is a form of chanting meditation. Unlike breathing meditation, which a lot of beginners can find quite difficult, chanting can be more personalized and also easier to focus on. It works best when you really think deeply about what is lacking in your life. What are the words that you desperately want someone else to tell you, but you rarely - if ever - hear?

This can require some deep self reflection to work, but if you pin down some of these words you can repeat them to yourself in a meditative chant that can be immensely soothing.  The fact of the matter is, you know better than anyone what you are missing and when you can fill that hole you will feel better. You can even couple this with calming self-touch, like rubbing your arms or legs or giving yourself a gentle shoulder massage.

Slow down, stop and reflect

Life is fast-paced, and life in the technology industry can be especially so. Sometimes it’s easier to see your life as a sprint—to rush from task to task, to hurl yourself in as hard and fast as you can. After all, that’s what a “go-getter” does. But of course you’re presumably in it for the long haul. It’s not a sprint - it’s a marathon. The only way to make it to the finish line is to force yourself to slow, to stop, to reflect, and to make sure that you’re not on the verge of some kind of long-simmering existential crisis or burnout. You deserve that.

How to Get Overwhelmed in Tech

Programmer vs. Game Developer: How Much Money is Passion Worth?