How to Show Confidence in Job Interviews

From dealing with touchy manager relationships to needing advice on what to do when you hate writing tests - you asked your questions and Neil from neilonsoftware.com has some answers. 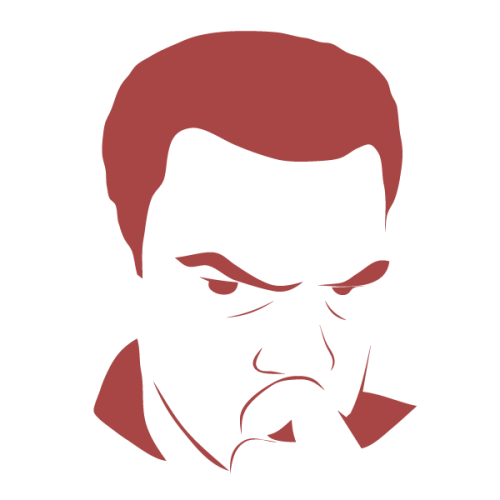 "I just got rejected by two companies because I lack confidence. What can I do to improve in this area? It's just not natural for me."

To be 100% sure you got rejected because of your lack of confidence, there should be two emails or phone calls that effectively say the following:

Thank you for your interest in our position. Unfortunately, at this time, we are seeking candidates with more confidence than what you demonstrated in your interviews. Best of luck in your job search.

That is the only way you can be sure that it was confidence - and confidence alone - that was the cause of getting rejected. Frankly, a single company communicating with a candidate this way would be odd, and two companies highly unlikely.

My suspicion is either someone told you that confidence was the reason for the rejections, or you believe confidence to be the reason without being told. However, if anyone other than the company told you that it was a lack of confidence, it's conjecture that I think you can safely chalk up to nothing more than their opinion. Far more important is what you believe, not what someone who is not a part of the company might have told you.

Based on the phrasing of the question, I believe that you believe it was because of your lack of confidence, which does not make it a fact. Complicating the issue is that someone who felt they lacked confidence would blame their lack of confidence for getting rejected, regardless of the actual cause.

For example, if you answered questions incorrectly but were also not feeling very confident in your answer, you might assume you got rejected because you gave the right answer without enough confidence. I'm sure that could happen in theory, but generally, when a candidate is getting every question right but lacks confidence in their answers, people tend to assume they are nervous due to the stress of being interviewed.

Here is my working theory: you got rejected because you were not the best version of yourself during the interview, which was caused by you not having confidence in yourself. That's a genuine and universal phenomenon. A company saying, "They were fantastic in every other way, but we can't hire them because they aren't confident enough," is hard to believe - it’s not entirely impossible, but extremely unlikely.

When it comes to the topic of confidence in interviews, there are two schools of thought:

Projecting confidence - or acting confident - is a communication skill that can be studied and learned. There are countless resources to teach you how to look people in the eye, stand up straight with your shoulders back, and speak assertively. However, I recommend representing yourself authentically and not worrying about how people perceive you. There is, however, a problem with the advice, "don't worry about projecting confidence, just focus on being authentic," because you have to have the confidence that representing yourself authentically is the right thing to do to get a job.

Getting to know your authentic self requires an enormous amount of self-reflection:

Provided you ask yourself these hard questions and many more, and struggle to find your answers, eventually, you will discover your authentic self. The question then is, should you represent your authentic self in an interview? More specifically, will representing yourself authentically help or hurt your odds of getting a job? In truth, I don't know, and neither do you - but the alternative can be far worse than being rejected.

Consider the process of deciding who you are going to marry. Your goal should be to establish a long-lasting, enjoyable, mutually beneficial partnership. If that is the goal, is it a good idea to represent yourself inauthentically at the start of the relationship? What happens later when they find out who you truly are? What happens when you realize that they were not who you thought they were because they were reacting to who you were not? Typically, a slow, miserable, decline ending in divorce, resulting in a massive waste of time and opportunity.

Considering that choosing who to work for can be as impactful to the course of your life as deciding who to marry, why would you represent yourself inauthentically to a potential employer? Some might say, "To get the job," but why would you want a job when they don't know who they're hiring, and you don't know how they might react to meeting the real you? Do you really think you will be happy being a fake version of yourself for years while spending the majority of your waking hours with people who don't know the true you?

Do you really think you will be happy being a fake version of yourself for years while spending the majority of your waking hours with people who don't know the true you?

A person who knows themselves can say, "I know who I am, and I know what I need to be happy." This may sound like something only an extremely confident person would say but is nothing more than an expression of truth about who you know yourself to be. In this way, an authentic person projects calm confidence that will garner people's respect even when you say, "I don't know the answer to that question," which itself is a very confident statement.

If an interviewer required that you know the right answer to a question, and you didn't know it, and they rejected you because of it, it's because they were not the right fit for you, not that you were not the right fit for them. They failed to acquire you not because of what you lacked, but because what they want is not what you can provide. Interviews are a game of mutual exploration where both parties have to be happy with the outcome. If they don't want what you authentically have to offer, it's far better to learn that before any commitment is made.

Before your next interview, I would encourage you to try to discover your authentic self, and then represent that to the people interviewing you. This will be the best version of yourself because it is the only version of yourself. When you don't know the answer to a question, speak the truth; when you do know an answer, answer the best you can. Be courteous, respectful, and professional, but also be true to yourself. If, after all of this, they say, "you're not what we're looking for," know that they did you a huge favor because apparently, they were also not what you were looking for. You are looking for an employer that recognizes and embraces your authentic self, for that is the only way to form a long-lasting, enjoyable, mutually beneficial partnership - the essence of being happy at your job.

The Importance of Team Standards... Or Not?