How to Create a Side Project That Gets You Noticed

How to Create a Side Project That Gets You Noticed

If you want to find a new job, get projects as a freelancer, or increase your chances of getting a promotion, you will need to stand out... so how do you do it? 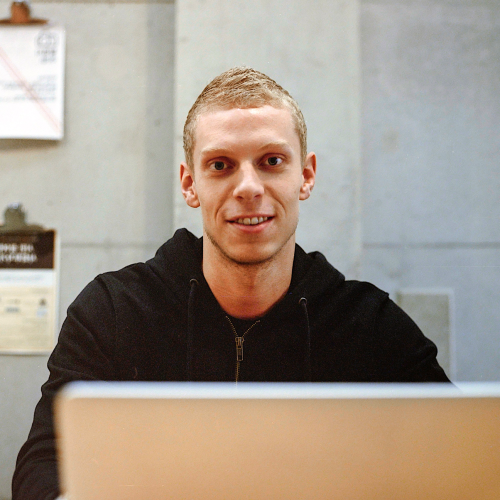 One of the most underrated things you can do in your career is learning how to stand out.

If you want to find a new job, get projects as a freelancer, or increase your chances of getting a promotion, you will need to stand out. In every one of these cases, there is a person on the other end that needs to pick you, and for that, they need to notice you and trust that you are the right person.

But how do you stand out?

Many developers lean heavily towards open source software, believing that being a maintainer of a popular library or having a GitHub profile with a consistent commit history will make them more hireable.

The truth is your resume is likely to be evaluated by recruiters, non-technical managers, or C-level employees. They are unlikely to spend much time reviewing your latest pull request, no matter how great it is.

Why Every Developer Should Have a Side Project

Apart from being something that helps you stand out and shows your interests and skills, starting a side project has many other benefits

How to Find a Great Side Project Idea

Starting a new side project can be quite overwhelming. How do you find a good idea to work on?

Reflect on Your Daily Life

One of the best ways to find an idea to work on is to reflect on your life and see what problems you face or what frustrations you repeatedly run into. Focussing on your own problems will also help you stay motivated while working on your side project, knowing you can make your own life a little easier.

An example. As a freelance designer and front-end engineer, I would send screenshots to clients and coworkers multiple times per day. I wanted to send them as nice-looking mockups but didn’t want to spend time doing that multiple times per day. I solved my own problem by building a tool that turns screenshots into browser mockups automatically called Screely. The first week I launched it, it already had over 31,000 users, and it’s been a fantastic lead-generation tool for my freelance business for the past three years.

Technology moves fast, and some new technologies enable brand-new trends that turn into big businesses. New hardware or software also allows new industries and niches to be born overnight. For example, the pandemic made working from home and video calls the new normal. AirPods drove up user interest in audio like podcasts and audiobooks. 5G will enable a host of bandwidth-intensive applications on your phone.

Another good example of this strategy happened last year when Apple released iOS 14. This update was the first time that iOS users could customize their home screen with widgets and custom icons. James (@Traf), a designer, saw an opportunity and created an icon pack for iOS; he generated over 100k in sales in just six days after many media outlets, and prominent YouTubers like MKBHD talked about the ability to customize your home screen.

Jumping on a new trend early also means you’re less likely to face stiff competition and it’s easier to get noticed. It’s unlikely any designer releasing a new icon pack today would be able to generate the number of sales that Traf did.

Many of the technologies we work with evolve and enable new possibilities. For example, you no longer need to buy and manage your own servers because of cloud providers. You can simply pay for servers strong enough to support hardware-intensive tasks. That means you don’t have to buy a beefy desktop system yourself just because you want to play around with Machine Learning or some other hardware-intensive process.

Have I Been Pwned, a tool that aggregates data breaches to see if you were affected, is an example of a project that started with this idea. The main reason wasn’t to search for data breaches; it’s because Troy Hunt wanted to play around with Microsoft Azure, as he explained in this conference talk. He used this project’s popularity to land more consulting work and speaking engagements and sold multiple web security courses.

Keep an eye open for new technologies, tools, APIs, or frameworks that seem exciting, and see if you can find a problem to apply that new technology to.

Become Involved in Communities Around Your Interests

Hang out with people with similar interests, and you’ll find a common problem within that community soon enough.

Maybe you are trying to learn Japanese and find many people are struggling with learning the Japanese alphabet, so you build a website that helps make it easier.

Patrick McKenzie found that many teachers used bingo cards in their classes, but they were difficult to create. He built Bingo Card Creator, which made it easier to create bingo cards, and sold the program to teachers. It generated up to $60,000 in revenue per year. By blogging about his side projects, he also grew his audience and leveraged that into consulting work, launching new side projects and investment opportunities.

Remix the Products You Use

We all use a host of software in our lives, but rarely are these tools exactly how we want them to be. This could be a starting point for your new side project as well.

What software frustrates you, and how would you improve it? Is there a minor feature that you think should be built out further into a stand-alone product? Which software that you use is so bloated that it’s become hard to use, and you want to build a simpler version of it.

Nathan Barry was selling books and courses online but found the existing tools he used to email his audience were lacking some features like landing pages and email sequences. He built ConvertKit to make it easier for himself to launch his courses and books and grew it into a business that now generates revenues of $15+ million per year.

There’s no perfect way to find an idea for a side project, and there are no guarantees for how successful it can become. Don’t be too strict on yourself when evaluating side project ideas. It doesn’t have to become a billion-dollar company, and it doesn’t have to use some bleeding-edge technology. The most important thing is that you are personally interested in it and keep the motivation to keep working on it.

As developers, we’re inclined to build SaaS applications, online tools, or mobile apps, but you can also start a blog, newsletter, or youtube channel. Start a community or launch an (e)book or course.

Many people who start a side project never finish it. Some of the most common pitfalls I’ve seen people run into are:

If you want to advance your career, you need to demonstrate your competence and get in front of the right people. A side-project helps you do both of these things and could, in many cases, advance your career much faster than studying for a new certification.

Side projects are a fantastic excuse to play around with new technologies, work on entirely new ideas, and completely free from the constraints we have in our jobs.

My side projects have made a big difference in my career, and I’m confident it will do the same for you whether you are trying to build an audience or leverage it for job offers and freelance clients.