There are 250+ different programming languages in the world. Which ones will earn you the most money? 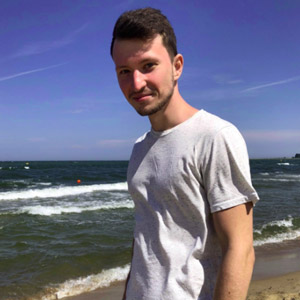 According to analysts, there are more than 250 different programming languages ​​in the world. Such a huge number of languages are associated with a variety of requirements for digital products in different industries.

It’s extremely easy to get lost in this diversity, especially if you’re choosing the language(s) to start an IT career. You can easily miscalculate and choose an unpopular or impractical programming language. So you probably want to (at least in the beginning) find a language that'll provide you with a stable job and a high salary. In this short article, I'm going to run through the top 7 programming languages that you can learn for a high-paying job.

The first on our list is the programming language Scala, which mixes the aspects of object-oriented and functional programming while being a unique high-level language. At the same time, it’s extremely laconic and simple in communication, which makes it easy to start learning. For development, the JVM and JavaScript environment is used, which greatly simplifies the creation of high-performance digital solutions.

The average annual salary for Scala developers in the US is $115,446.

The next programming language in our list is Go, and it is the pride of Google. This language was created in the image of the familiar C language and is an open-source tool. And despite the fact that this language is extremely young, it has already become a favourite of many programmers due to its simple syntax. It’s very similar to the syntax of popular Python and JavaScript, while still performing as efficiently as C ++. That's how it earned high popularity among technical specialists.

As you delve deeper into this language, you should know that the average salary for a programmer in the United States is $115,685.

The median annual salary for an Objective-C programmer in the United States is $101,085.

Many people who work in the development of cross-platform applications are familiar with the Kotlin programming language. It was created by JetBrains, and the main goal of its creation was full compatibility with Java. However, despite this, Kotlin can be compiled to JavaScript, if necessary, or to native code using LLVM. The popularity of Kotlin prompted Google to declare this language as the main language for developing Android applications in 2019 and receives active support from Google itself.

Kotlin developers earn an average of $98,763 per year.

Don’t forget about backend development, which has its own popular tools. One of these is Ruby on Rails. The main purpose of this language is to help build legible programs based on JSON or XML standards, as well as easier JavaScript data transfer. Since its release, this programming language has wowed the public with its convenient features, such as the seamless creation of database tables and the formation of view templates. In addition, the programming language itself has the support of a huge community, which prolongs its life and relevance for many years to come.

The average salary for a Ruby on Rails programmer in the US is $91,876.

Having learned this programming language, you can expect an average annual salary of $93,368.

s also worth noting that this language has its own machine learning platform .NET Core and ML.NET, which will allow you to create your own bots based on artificial intelligence or other features related to this technology.

Knowledge of this programming language can bring you an average of $81,999 per year.

As you can see, all these languages are diverse and suitable for solving various technical problems. Some are ideal for mobile application development, while others focus on building back-end systems and more. However, all these languages have one thing in common - their knowledge will help you find a high-paying job since specialists in these languages are in demand and employers are ready to pay good money to such professionals.

Choose the direction in which you want to develop and a programming language that suits you. Then it's up to hard work and willpower! You got this 💪

7 Tips to Negotiate Your Salary as a Developer