Globalised Software Is About Local Empathy

Globalised software is made with a broad perspective that is empathetic to cultures outside of the development team. 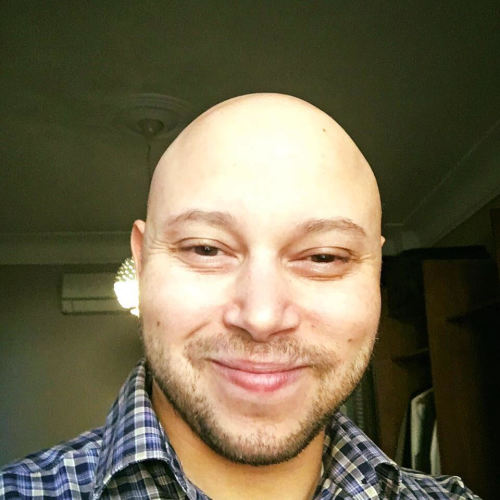 The first website I globalised was Sakani, a real estate search engine targeting the Saudi Arabian market. It was built with Laravel on a LAMP stack, and had to work in both Arabic and English. Thankfully, Laravel made the internationalisation work relatively easy, and the site was well-received. Our company tanked, however, because we didn’t understand our local market. Tough lesson learned. Still, working on Sakani allowed me to delve deeper into globalised software. In fact, I’m now author and editor at Phrase, a localisation platform at the heart of globalised software.

Internationalisation (i18n) is the process of getting software global-ready. This involves putting UI strings into resource files (not hard-coding them), as well as handling dates, numbers, and other cultural nuance.

Sakani was also my first startup: I co-founded it with a friend after years of working as a software developer in corporate and freelancing. Transitioning from a coder for hire to a startup cofounder meant that I had to take more ownership of my product. So, albeit naively at the time, I was beginning to ask the question, what makes globalised software?

In a nutshell, globalised software is made with a broad perspective that is empathetic to cultures outside of the development team; it expands its audience and market geographically and culturally to provide value to more users, and capture more value for the business.

At Sakani, a company and product serving the Saudi market, we quickly learned that Saudi was an Arabic-first market. This might seem like a no-brainer when you know that Arabic is Saudi’s official language. However, my cofounder and I had primarily worked in English, even in the predominantly Arabic-speaking Middle East, which is common. So serving an Arabic-first customer base was an adjustment (at least for me).

We wanted our content to be available in English as well. We were planning to become a real estate data provider in the future, and here English would be critical for maximising access to this content. And although primarily renters and outside of our direct market, a foreign, English-speaking, real estate customer base did exist in Saudi as well.

So the site was bilingual from day one. I actually designed the site so that it can support any number of languages. /en was the English version of the site, /ar the Arabic (default) version. You could easily add any locale under /locale just by setting a few configuration values and, of course, ensuring the UI and content were translated for the new locale.

The Laravel front-end libraries have great built-in i18n support, which was very handy during development. I also added my own helpers to make front-end i18n a breeze.

On the back-end, we were managing our content ourselves, so we could get away with a bare-bones translation UI on the admin console. Still, we needed to maintain parity between our English and Arabic content, so I used Laravel’s amazing Eloquent ORM to make sure each data model could be translated into any number of locales.

Equally as important as the tech, we branded Sakani as a company based in the coastal Saudi city of Jeddah. Our logo was inspired by Arabic calligraphy, and our site UX reflected a deep appreciation of Arabic culture.

A sandy grey maximised the impact of our typography while drawing from the ubiquitous Saudi desert. Our aqua blue was inspired by the Red Sea, always nearby in Jeddah.

This was smart business. It made us look like locals, not outsiders barging in to disrupt the local market.

Too bad we didn’t let that attitude of “thinking local” permeate our business strategy.

Local Empathy and a Global Perspective

When my cofounder and I started Sakani, we had this somewhat elitist notion that we were going to “modernise” Saudi real estate, bringing it up to the level of Western and more advanced Middle Eastern markets. What we failed to realise is that this so-called “global perspective” blinded us from seeing what was right in front of us: we lacked local empathy. This was our biggest mistake, and it cost us the company.

What we failed to realise is that this so-called “global perspective” blinded us from seeing what was right in front of us: we lacked local empathy.

The Saudi real estate market was dominated by realtors who weren’t concerned with a long-term online marketing strategy. Policy in Saudi was such that they were in the cosy position of easily securing real estate licenses. Many had real estate shops as a side hustle, trying to land the one big property sale with a spicy commission. And when they did want to market online, they used local real estate classifieds and forum websites, posting their property ads themselves.

These are strong indicators of a market that hasn’t reached maturity. We, and our shiny Sakani search engine, were way too early to the Saudi market. If we had deep pockets, we might have been able to hang in there until the market matured. We didn’t, however, and we stubbornly chose to stick to our “modernising Saudi real estate” strategy. We thought that we could change Saudi culture around real estate before we ran out of money. You can probably guess what happened. (Spoiler alert: we ran out of money).

So it’s important, I think, to be very specific about what a “global perspective” is. I was born an immigrant, and I’ve lived in Egypt (my first cultural home), Kuwait, Saudi, the US, and Canada (where I’m a naturalised citizen). What I’ve come to learn from all this jumping around is, to quote Stevie Wonder, “people are the same wherever you go.” We all want love, a good life, peace, fulfilling work.

The other side of this normalised “global perspective” can be a lack of appreciation for the power of local culture. If we, as human beings, business owners, and developers, don’t understand the regional nuances of the markets we’re serving, we might be shooting ourselves in the foot. Understanding local culture isn’t just better business, it allows us to focus our tech efforts where they’re most impactful, so we can maximise the value our products provide.

If we, as human beings, business owners, and developers, don’t understand the regional nuances of the markets we’re serving, we might be shooting ourselves in the foot.

Once we’ve understood the balance between global perspective and local empathy, we develop a curiosity that makes us better technologists. Paradoxically, empathising with the people right in front of us opens us up to a broader set of experiences, which widens our worldview. Instead of jumping to serve our app in German and Simplified Chinese, we might first ask how people in Germany will perceive our app and our value proposition within the context of their culture. We could ask how Chinese people will be introduced to our app and what experiences they’ll bring to it. This significantly impacts our approach to our business model, UX, and the tech that serves them.

At that point the tech itself flows from our objectives, and becomes relatively easy. We internationalise: make sure we keep our UI strings in resource files, mind our layout direction (left-to-right or right-to-left), and our date and number formatting. If you’re interested in the tech side of i18n, or want to learn more about globalised software in general, check out The Phrase Blog, where we write guides covering the business, strategy, and tech of globalised software.

A Journey of Learning

My story hasn’t ended with Sakani. What I’ve learned during my time as CTO there (translation: glorified lead developer) has been, among other things, an invaluable lesson in humility and empathy. My journey has led me to working with amazing startups over the last several years, and to where I am today. I’m currently editing and writing for Phrase, a company whose value of software for all (regardless of the language you speak) very much encompasses the intersection of international and local, and whose localisation platform is a huge time-saver for software at scale.

What I’ve learned along the way is that globalised software is about connecting to your local audience and asking the right questions. And a global perspective, while important, can’t be generic: it must connect a broad, international scope with on-the-ground local savvy. When it comes to learning, tech, and business, this can often mean the difference between failure and success.

Lessons Learned From the Man Who Could’ve Been Bill Gates