Developer to CTO: Real world tips on how to transition to C-level

Have you ever wanted more control over the direction of your company? Here's how a developer becomes a CTO. 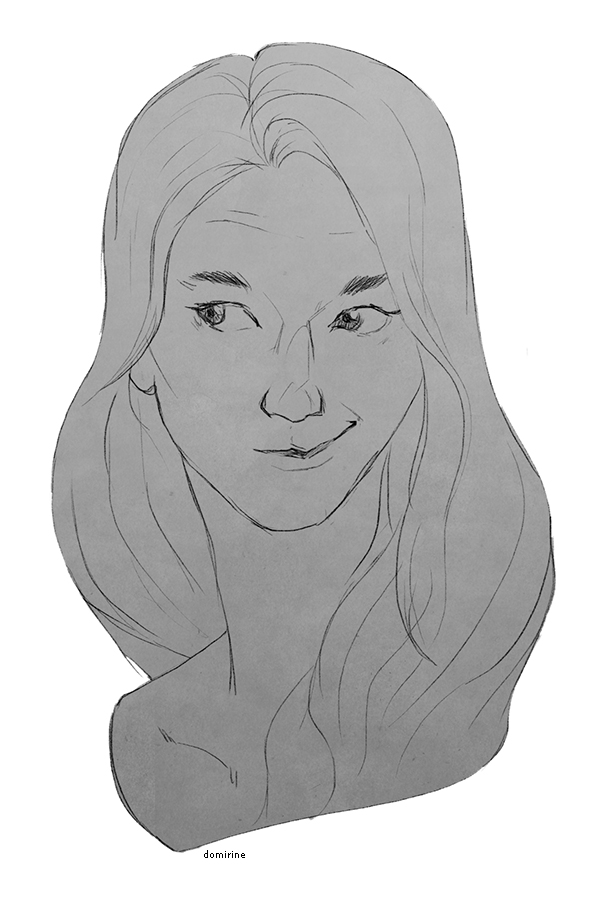 Have you ever wanted more control over the direction of your company? When is it time to rethink your role? One study from Honeypot found that many developers become less satisfied with their working environment and company culture as they age, describing an increased risk of ageism from 29 onwards. As we grow more accustomed to working life and professional responsibilities, it’s common to become frustrated with elements that might feel outside your control as a single developer. Some issues might be set by management or a C-level team that you only have a certain amount of input into. And while there are all kinds of ways to negotiate for and manage a better working life, some developers choose to change up their own role dramatically - perhaps even by building their own company.

The path from developer to CTO isn’t straightforward, but it is well-paved. And there are all kinds of reasons to pursue it, and different ways to rise to the role. Maybe you were the first developer on the ground at a company; maybe a friend approached you with a big deal. Or you might be actively searching for that big C-level role. But whether you’re dreaming about the future or ready to start pursuing that role right now, there are strategies you can use to build yourself into the best (and most hirable!) CTO you can be, learning from other developers who have done the same thing.

1. Move Beyond Your Standard Toolkit

The best developer in the world isn’t going to make a good CTO if that’s all she can do. There are three main fields when it comes to a CTO’s responsibilities:

“Business (crunching the numbers and income), product (what we want to deliver) and technology (how are we going to make the product we want to deliver). Eventually, you’ll need to focus on orchestrating these three together. Become both the visionary who sees the big picture and the catalyst who makes things happen.”

These three fields cross over so many different spheres of work and responsibilities that, to a certain extent, the exact nature of a CTO’s role is decided by the CTO (and the company they work for) themselves. Greg Brockman, former CTO of Stripe and now the Co-Founder and CTO at OpenAI, writes that while every CTO he spoke to “viewed themselves as the facilitators of the technology organisation”, the way this actually functioned differed: “Sometimes this was about connecting senior engineers. Sometimes it was mentoring. One thought-provoking case for me was a CTO who was effectively head of product.”

This flexibility and breadth of responsibility means that you need to broaden your toolkit to look beyond software and programming. As a CTO, you’ll be responsible for huge swathes of a company’s work, from culture to recruitment to business and more. You’ll want to get involved in some of these areas as soon as you can. There’s lots of small but valuable ways to take on more responsibility at your current company:

Don’t be afraid to ask if you can shadow someone in a role or team that might not have a lot to do with your day-to-day workload. Put your hand up to work on projects closely linked to business development and administration, where you can learn by osmosis as you go. Most companies are excited to see an employee interested in their own professional development and this extra activity might even come in handy around promotion time, but it’s also part of the territory of being a CTO, so it’s important to see everything as a long-term effort. Assess your own capacity, find your areas of deficiency and make slow and steady efforts to build out your skillset.

You might also decide to pursue a Master’s degree at some point, which will give you a thorough and verifiable claim to expertise. One of our surveys found that over two-thirds of Berlin’s CTOs have a Master’s in a variety of fields including Computer Science, Business Admin, Physics and even Art! But the most common Master’s was in IT, which includes IT Management, Business Information Systems, Business IT and, in Germany, Wirtschaftsinformatik ​(Business Informatics), all of which offer a useful link between technical and business knowledge.

But that still leaves a third of CTOs who don’t have a Master’s degree, meaning that if you build your skillset through practical and professional experience, you may not need further education to reach that role.

'Try to network' can be vague and intimidating advice. It might conjure memories of awkward conversations or forced friendliness. At the same time, it’s important as a wannabe CTO to keep an eye out for opportunities, like-minded people and exciting ideas, because as a CTO or co-founder you’ll want to get in on the ground floor.

Rather than thinking of it as networking, try to expand your opportunities to encounter any of the above in situations that you find genuinely interesting and are comfortable with. In most major cities there are plenty of meet-ups and tech conferences where you might be able to socialise with other people interested in the same industries and companies you are. Or try going to a hackathon, where a fun project for a day might just turn into a company.

If you’re not much for events, extend your energy online. LinkedIn is an obvious avenue for professional engagement. Make your page an active one that people will recognise. Here’s a few ideas to get you started:

It's also okay if LinkedIn isn’t the place for you: there are still other options. Investigate Reddit, Twitter and even Discord, where there are also fun and engaging communities. The important thing is to put yourself out there, engage with the world and make it easy for anyone who has that burgeoning idea for an amazing company to find you, their next CTO.

3. Get Ready to Lead

In the end, any great C-Level position is about one thing above all else: people.

“I had a very strong vision of the environment I wanted to be a part of, and I was willing to go out of my way to make it exist. I was faced with a choice: the technical route or the people route. I’ve never found anything I loved more than writing code, but at the same time I knew we had a responsibility as an organisation to support the amazing people we’d hired.”

Brockman’s responsibility to support his employees came from the position of CTO at Stripe, but you don’t have to wait until you’re a CTO to start working to improve and understand the lives of your colleagues. You could start simply by talking to your colleagues and asking if they need help. By engaging with work beyond your own, not only will you become a friend to your colleagues, you’ll get a clearer picture of the problems your company is addressing.

You could also start thinking and reading like C-level well before you reach that stage, giving yourself a leg-up amongst the competition as well as a taste of what’s to come in the real life of a CTO. Books can also impart useful leadership strategies and communicative techniques which will make you a better CTO when the time comes. Joel Beasley, who began writing code at the age of 13 and sold his first tech at 18, became a CTO who works with start-ups and billion dollar enterprises alike. He highlights the importance of communication:

“You’ve got to be able to communicate in life, it’s enormously important. Schools, to some extent, under emphasise that. If you can’t communicate and talk to other people and get across your ideas, you’re giving up your potential.”

Along with Beasley’s book, you could try leading tech and entrepreneurial authors including Ben Horowitz, Rorie Devine, Mark McCormack and more. And if you struggle finding the time to read, consider an app like Blinkist, which digests non-fiction into easily accessible bite-sized ideas.

If it feels like this work is leading you away from your first love - coding - that’s something to keep an eye on. But Reiner Kraft warns that this might be part of the job: “The one who conducts the orchestra doesn’t play the instrument. Similarly, being a CTO is really about helping others to grow.”

A lot of CTOs say that, for better or worse, their role involves stepping back from their first love - developing.

Sometimes becoming CTO might mean that from day one, you’re no longer coding. Other times it happens slowly, over time. When describing his own journey, Airbnb’s co-founder and former CTO Nathan Blecharczyk said,

“In [my] first one-and-a-half years I did write every single line of code myself. In the next three years, it was all about hiring a team: I spent most of my time screening candidates and trying to convince the outstanding ones that it’s worth joining Airbnb on this journey. As CTO, I did not only run engineering, but also data science, the data-driven aspects of online marketing, as well as our payments team.”

Many CTOs make an effort to keep coding as part of their life. “I still code and program daily because it is important to make sure these skills are relevant and up to date in order to work with my team of developers and lead them appropriately,” Chalmers Brown, CTO of Due, says. “Plus, I enjoy doing this aspect of work.”

Others find new ways to stay close to code; when Arash Ferdowsi was still CTO at Dropbox, he was famous as a “chief debugger”, where Forbes reported on “his propensity to file bug reports at all hours--3 a.m. missives [were] not uncommon. While he no longer codes, he [was] still the one making sure the company's growing family of products remains unified and retains a simplicity of design and ease of use.”

And even when you’re still working close to code, you might have to move away from the kind of complicated, rewarding work that makes up part of a developer’s day-to-day life. An important part of being a CTO, says HeidiPay CTO Alistair Stead, is being “the person who sees a wider picture and thinks one or two steps ahead. Early in my career, I realised that technology exists only to serve business needs. Developers live to solve complex problems, yet finding the simplest solution to a business need, so the business could move forward should be the imperative.”

Whether you work to keep coding part of your working life or not, it’s certainly true that CTOs have such a wide scope of responsibilities that you’ll be doing a lot less coding than a developer would. As a developer seeking to move into a C-level position, this is worth reflecting on. Would you be truly happy taking on a role that is more about leadership, business strategy and company culture than coding? Would you be ready to spend more time in meetings than at your computer? More time imagining than building? It’s fine if the answer is “yes, definitely!”; it’s also okay to say “yikes, no thanks!”

Higher doesn’t always have to mean better. But if you do decide the CTO path is the one for you, it’s a fascinating and exhilarating experience with a lot to learn along the way. Try to enjoy the journey as much as you do the outcome!

3 mistakes I've made in my career