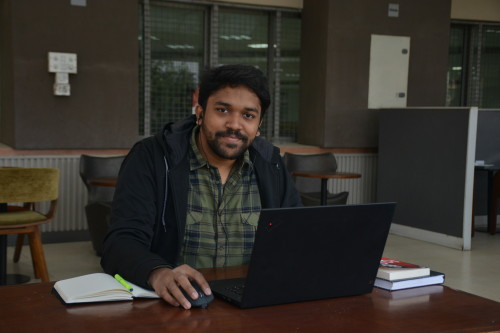 Hacking in general is a broad term. It involves nuances and details that are highly specific to the application being hacked.

Cybersecurity professionals all over the world utilize a variety of tools and tech to carry out exploits. These tools can be broadly classified into three categories.

This article is a collection of the top ten tools and tech that cybersecurity experts use in 2021. If you are into hacking or thinking of getting started, this article will be super valuable to you.

These tools serve the purpose of getting more information so a bigger attack surface can be discovered. Here are some examples:

KisMAC is a WiFi scanner app designed for testing wireless network security in the MAC OS X operating system. It scans and detects all kinds of WiFi networks around the device, including hidden, cloaked, and closed ones. It can also connect with GPS to accurately identify the precise location of access points.

Security professionals can use KisMAC to analyze network problems and detect any possible network intrusions. The app can monitor and analyze network utilization and identify if the network under testing is vulnerable to attacks. KisMAC can be used in conjunction with a WiFi heat mapper as NetSpot to build a perfect wireless network environment.

What makes Nmap so widely used in the cybersecurity community is that it has undergone more than 7 years of development and the use cases are documented in multiple languages.

Whenever a person uses a website, all they see is what’s going on in their screens. But the actual processes are happening at the backend, in the way their devices send and receive information from servers.

Screenshot showing a part of the numerous network calls involved in loading a simple blog window (You can press F12 in your system and reload the page to see this).

Basically, every internet user can see what goes on at the front-end. But what goes on behind the screen, and how the network calls interact with each other to load a website — that is exactly the purpose of interception tools that cybersecurity experts need.

Here are some examples of interception tools-

Burp Suite is an HTTP/HTTPS proxy that lets security professionals intercept network requests and modify them on the fly. The proxy can be configured to filter out and restrict specific types of request-response pairs. In addition, Burp Suit also contains a set of tools used for penetration testing of web applications, ranging from real-time scans to attack simulations.

Some of the other features that make Burp Suite so widely used in the cybersecurity community are:

Wireshark is a network protocol analyzer that is best suited for detecting network traffic at different levels. Cybersecurity professionals can use Wireshark to capture data packets either live or offline. They can then decrypt carry out a deep inspection of these captured data packets. The output can be exported to XML, PostScript, CSV, or plain text.

Wireshark is a multi-platform software that runs on Windows, Linux, macOS, Solaris, FreeBSD, NetBSD, and many others. It allows the inspection of hundreds of web platforms, thus making it a very powerful tool for all cybersecurity professionals.

These tools come in the final stages of the hacking process. They serve two purposes:

Here are some examples of exploitation tools-

Metasploit, the world’s most used penetration testing framework, is a collection of cybersecurity tools that help:

Effectively, Metaspoilt contains an ever-growing database of exploits, using which, a company or enterprise can simulate real-world attacks on their network to train their security team to secure their applications against real attacks.

Cost and suitable for: Free framework available that’s a basic command-line interface and manual exploitation, and is suitable for developers and security researchers. The price of the Pro version depends on company size and is suited for penetration testers and IT security teams.

Nuclei is a community-powered vulnerability scanner that offers scanning for a variety of protocols including TCP, DNS, HTTP, File, etc. With a dedicated repository that houses various types of vulnerability templates, all kinds of security checks can be modelled with Nuclei.

Frida is a dynamic instrumentation toolkit that works on Windows, macOS, GNU/Linux, iOS, Android, and QNX. Frida’s comprehensive test suite is used by cybersecurity professionals all over the world to do quick, in-depth analyses of mobile apps.

As a cybersecurity professional, it is important to remember that tools are there to guide and help you. No matter how useful the tool is, it can only be the means to an end, not the end in itself.

At the end of the day, it is you who defines how successful a cybersecurity attack or defence is. If you use logic and think deeply about the specific context, you can take care of any vulnerability and protect the company or business you’re working for.

Have you used any of the tools mentioned in this article? Do you swear by another tool or tech that I missed mentioning in this post? Leave a comment to let me know.

How Much Do Hackers and Cybersecurity Professionals Earn in Europe?

How To Become a Hacker In a Year