The following list is an ode to Matz and our favourite Ruby blogs, forums and newsletters. 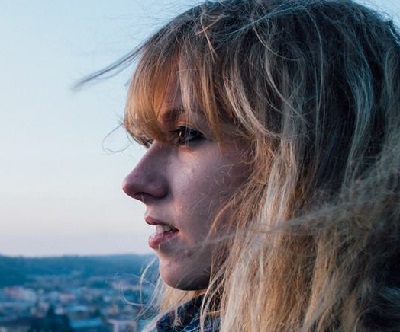 Ruby was developed in the mid-1990s by Yukihiro Matsumoto, as an object-oriented scripting language, which was more robust and flexible than either Python or Perl. The release of the Rails framework in 2004 catapulted Ruby to fame outside Japan and since then a passionate open-source community has developed. Today the language is used in production at many tech companies.

Ruby’s importance is reflected in the demand for Ruby developers among European startups. On Honeypot, Ruby is the second most popular language, following JavaScript, and according to the data, the average salary for a Ruby developer in Berlin is between €48,500 and €57,300, though it is higher for more senior developers. Ruby is part of our own tech stack and the following list is an ode to Matz and our favourite Ruby blogs, forums and newsletters.

Blog of the Ruby creator Yukihiro Matsumoto (‘Matz’), not updated since 2014, but still worth reading - 日本語を分かれば ;)

Tech blog by the Netflix team on topics around their code structure, architecture, open-sources solutions and design patterns

Blog led by Sarah Allen, co-founder of RailsBridge and language-learning startup Mightyverse. She formerly co-founded CoSA, the company that created Adobe After Effects. Blogging about leadership, team culture and Ruby.

Avdi Grimm writes about Ruby on Rails, OOP and coding standards. Avdi is a software developer and a host of Ruby Tapas webcasts [17]. Author of Objects on Rails

Sandi Metz is a veteran programmer, avid speaker and author of Practical Object-Oriented Design in Ruby. She writes about flexible object-oriented code in Ruby and Rails.

Katrina Owen is a self-taught developer with a background in Molecular Biology. She is passionate about Go and Ruby, automating workflows, making code readable and refactoring. She is the creator of exercism, an open source project that helps people improve their programming skills.

Aaron Patterson is a Seattle-based engineer at AT&T interactive and a much-loved core contributor to Ruby, Rails and Nokogiri. He is also an avid speaker; he has spoken about Ruby and Rails at over 50 conferences world-wide in the past five years.

Mike Perham is an open source developer and founder of Contributed Systems, a company dedicated to building and supporting open-source-based application infrastructure. Mike is a winner of 2013 Ruby Hero award. He writes about IT, Ruby and Crystal.

A free, once–weekly e-mail round-up of Ruby news and articles.

Weekly articles on Ruby on Rails (also a podcast).

Official Ruby on Rails blog, covering all the news and releases around Rails.

Blog by a consulting agency Arkency. Topics include Ruby, testing, API’s and JavaScript.

The Ruby and Rails community linklog.

Mike Gunderloy’s software development weblog, covering Ruby on Rails and other software-related topics. Mike is a former Microsoft software developer, who switched to Ruby - he explains why here

Provides general, pragmatic tips to show how to use Rails by Aaron Sumner, software Engineer at O’Reilly Media.

Ruby on Rails community and forum

Ruby on Rails community since 2006 with the aim of sharing ideas, learn new things and meet other coders.

Useful and engaging Rails tutorials and articles by Daniel Kehoe, veteran programmer and author of Learn Ruby on Rails

Steve Klabnik is an instructor with JumpStartLab, an open source contributor, writing about Ruby, Rust and philosophy

Podcast in the form of a panel discussion about topics relating to programming, careers, community, and Ruby.

Blog by Jamis Buck, former software engineer at Basecamp, on topics around code and programming challenges.

Pat Shaughnessy, rubyist, creator of a few gems and self-published author of Ruby Under a Microscope.

Personal blog of Antonio Cangiano, Software Developer and Technical Evangelist at IBM, as part of the Emerging Technologies team within the Analytics group. Writes about Ruby, popularity of programming languages and gives programming tips.

Tubmleblog by German-based software engineer Christian Neukirchen on the topics around Ruby, math, Unix and the Internet.

Andy Croll is a designer, developer, conference organizer, author and speaker. He blogs about Ruby, bootstrapping and mobile development.

Martin Fowler is a software engineer at ThoughtWorks, an author and a speaker. He writes about productivity of development teams, good software design and agile practices.

A blog by a team of web developers and design experts who collaborate through agile practices and Ruby on Rails technology.

Fred is a software engineer and open source contributor from Australia, writing about Ruby, UI/UX and Elixir.

Blog by a team of engineers that collaborate to make software applications. Along with Ruby on Rails topics, they write about mobile and frontend development.

A collection of articles on business, technology, design and the Internet founded by Philip Brown. Along with Ruby on Rails, topics include Elixir and web design patterns.

A weekly overview of the most popular Ruby news, articles and gems.

Brandon is a software engineer and CTO from the USA, writing mostly about Ruby and Rails development and documenting his experiences building products

What is Agile Software Development?