You can't go wrong with these developer documentaries... 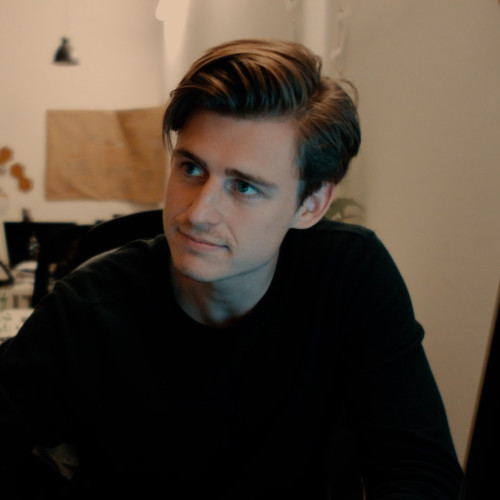 When you think about it, there are hardly any documentaries out there about developers or software development. Trust me, I thought about it a lot while writing this article, and I even did extensive research (a quick Google search).

And what did Google present me? Something about Edward Snowden, the TEN Steve Jobs biopics, and of course Facebook’s The Social Network.

Even Google admits there’s not much out there for us tech-heads to enjoy on a Saturday night. Well, you can throw Google in the trash. All you need is this personally curated list of “developer” documentaries (I’m most excited about the last one!). Let’s jump in.

The origins of the Progressive JavaScript Framework

Vue.js hardly needs an introduction. It’s one of the most popular JavaScript frameworks around, up there with Google’s Angular and Facebook’s React.

This Honeypot production tells the story of Vue.js from the perspective of some of the most prominent names in the community. You’ll meet Evan Yu the creator of Vue.js, Sarah Drasner, Taylor Otwell (of Laravel), Thorsten Lünborg, and follow the filmmakers to China where Vue has some of its most passionate fans.

This documentary has over 1 million views on YouTube — it’s by far Honeypot’s most popular documentary. So even if you’re firmly on the side of React or Angular, I encourage you to check it out, and see what all the fuss is about ;)

When was the last time you read the user license agreements of your favourite website or service? If you’re like me, you just click ‘agree’ and continue scrolling. Well, according to this doc, that’s not the best idea. Who’d have thought?

Filmmaker Cullen Hoback explores internet privacy in this chilling documentary, exposing how large corporations are gathering and sharing your most personal information around the world — all with your consent. It’s scary what’s buried deep within these 100-page long user agreements, and as you’ll in this documentary, it’s all designed to protect large tech companies while undermining your privacy.

The eye-opening facts presented in this documentary will make you seriously consider (if you don’t already) the repercussions of using your favourite services, like Facebook, Google, and YouTube.

GraphQL: The Documentary tells the story of three former Facebook employees who were obsessed with solving an internal API problem. Lee Byron, Dan Schafer, and Nick Schrock created the software now known as GraphQL back in 2012, and have since open-sourced it and released it to the wider community.

This documentary traces the rise and rise of GraphQL from initial success all the way through to solving complex problems faced by some of the biggest names in tech. From Airbnb to Twitter to Github, you’ll see how this tool has grown over the past 9 years and how it continues to grow through the support of a thriving community of developers.

The ups and downs of indie game development

Video games are and have been a major point of interest for young programmers and developers. For some, it sparked was their introduction to software engineering and for others, it has been a hobby or a favourite pastime.

Indie Game: The Movie gives you an intimate look at indie game development, following the lives of four passionate artists struggling to recognise their gaming dreams, staking everything for a chance at success.

Directors Lisanne Pajot and James Swirsky have paired stylistic editing with raw and powerful real-life stories and the combination makes for a gripping film laced with obsessive but loveable characters while exposing the unforgiving pursuit of creativity.

The origins of the Elixir programming language

This mini-doc about the popular programming language Elixir centres around some of the leading figures in the Elixir community and the creator of the language himself, Jose Valim. As the filmmakers explore its origins, functions, and how it has grown since its initial creation back in 2011.

While it’s only a short watch (under thirteen minutes runtime), the documentary captures the excitement the Elixir community has toward the promising future of this programming language.

Finally! - something about hacking! In We Are Legion we hear about the politically motivated hacker group, Anonymous, who, as you’ll see, has played a major role in re-defining digital disobedience.

Filmmaker Brian Knappenberger takes a deep dive into the radical “hacktivist” collective, exploring the groups' beliefs and origins as well as how it has shaped the global environment.

The experts in this documentary show us how online collaboration is a force to be reckoned with. Knappenberger introduces the major events with ties to the Anonymous group, from the Occupy movements to toppled governments. There is effectiveness to online democracy as seen with Anonymous and their pursuit of global justice.

The film certainly doesn’t force a perspective, you’ll have to decide for yourself whether these hackers simply want to watch the world burn or if they are genuine online vigilantes driven by justice and moral integrity.

Reddit’s co-founder killed by the government?

This documentary explores the life of programming prodigy Aaron Swartz, co-founder of Reddit, a major internet information activist, and his passion for internet freedoms. If only he could see CCP Reddit now and the dumpster fire it’s become...

It’s a true David versus Goliath story for the internet age. With Director Brian Knappenberger at the helm, the film traces Swartz from entrepreneur in Silicon Valley to online activist in Washington before his untimely death in 2013.

An intimate take on the life of the man behind so many controversies and conspiracy theories which I didn’t know about until watching this documentary. The film certainly answers many questions but left me wanting to know more (especially about his untimely death).

An intimate look into coding bootcamps

I know there are a lot of mixed feelings about coding bootcamps in the community. Some people say they’re useless. I’ve heard people call them scams, and on the other hand, I’ve watched some friends exit bootcamps with a job waiting on the other side.

Everyone’s got their story, but that’s not really the point of this documentary series. While I think it might help grow your perspective on coding bootcamps, the documentary series is more about following the people in these courses and documenting the experience.

What made this three-part series especially fun for me was witnessing non-technical people meeting the everyday problems of developers. The constant problem solving and frustration of application development. There are funny moments and plenty of interesting characters, so even if you’re an anti-bootcamper you’ll appreciate the authenticity of this documentary.

Documenting the birth and inevitable failure of govWorks.com, this intensely personal documentary examines the internet startup revolution. It follows a group of young entrepreneurs with big dreams of success as they navigate investment communities and personal relationships.

In this fly-on-a-wall documentary, you’ll glimpse behind the many layers of the dot com gold rush to see the very real financial and personal struggles of those scrambling to the top. It’s a sobering insight into startup culture whilst showing the harsh realities that entrepreneurs faced in the dot com era.

Texans launch a cool computer in the 80s

It’s a rise and fall business tale but with the suspense of a thriller, keeping you hooked from start to finish. Set in the '80s, Silicon Cowboys documents three unorthodox innovators as they launch the Compaq Computer, and take on one of the world’s largest software companies, IBM.

This underdog tale is filled with vintage footage and memorable Texan characters. Jason Cohen’s aesthetic style does well to romanticise the trials and tribulations of entrepreneurship in the world’s best arena — Silicon Valley.

If you have ever pulled an all-nighter to finish a project, then you know a thing or two about deadlines and how dreadful they can be. This documentary is one big stressful deadline.

Netscape, the company behind Mozilla, has been given the deadline of March 31, 1998, to finalize the Mozilla source code before the company’s acquisition by AOL. However, it's already March 25th, and they still haven't even tested it. This documentary shows us the last-minute rush to get things done and save the company from disaster, placing a close lens on the developers and their personal responses.

From living in the office and fighting sleep deprivation to confronting the cold realities of Silicon Valley, this film shows the true extremes of a career in software engineering in the ‘90s. After seeing this you won’t be complaining about any more late nights in the office.

There are a handful of biopics about Steve Jobs, and while they tell an interesting story, they’re more about the person that Steve Jobs was rather than the tech world he was operating in.

In Pirates of Silicon Valley, we see Apple Computer Corporation and Microsoft in a battle for corporate supremacy. You’ll see the parallel lives of Bill Gates and Apple co-founders Steve Jobs and Steve Wozniak as they race to the top.

The film is a wild tragedy based on the final chapters of Fire in the Valley: The Making of the Personal Computer (1984). I was captivated by the stylistic way it portrayed the computer revolution and maybe it’ll inspire your own technology revolution — hell it’s about time we had something that wasn’t Apple or Microsoft.

From Amber to Ember, this is the story of Yehuda Katz and Tom Dale (co-creators of Ember.js), two developers who brought frontend code to the next level through their open-source technology.

Now 10 years on, the documentary sees how the Ember.js community has developed, through early adopters to collaborative efforts and how the risks of an open-source code pushed software development in a new direction.

It’s encouraging to see the success of those pushing against the grain and taking risks in the software industry. So give it a watch if you feel depressed about the state of the world and need a little pick me up.

Kubernetes: The Documentary is by far biggest Honeypot production yet, we partnered with Google and Red Hat to bring this story to life — and it’s a banger, so get pumped!

Most engineers know about “The Container Orchestrator Wars’’ but most people would not be able to explain exactly what happened, and why it was Kubernetes that ultimately came out on top.

We released this documentary in January 2022. It’s a two-part series, so make sure you put aside some time to watch it all the way through. In it, you’ll hear from Kubernetes giants like Kelsey Hightower and Brian Grant, plus countless other names in the Google community.

I would say don’t watch them all at once, but I mean we’re all adults here and you can do whatever you want. And it’s not like you’d be filling your mind with junk, these are all great documentaries.

Yes, I did plug a few of the Honeypot documentaries in this list, but you know they’re great, and the more awareness we bring to them the more documentaries we can make in the future. Who wouldn’t like to see a React documentary?!

Hope you enjoyed our picks for the top 13 developer documentaries, let me know if you think I've missed one ✌️